This week’s #MySexySaturday ‘s theme is Our Sexy Little Words, the words one says during sex, the gasps, the small noises. When I thought of the theme, I realized that my guys are usually silent while they’re going at it. Uh.

Sooo, I chose a right-before talk between the two MCs of Xavier. Xavier will be the first book in a new series, the Gillham Pack series. The two series will crossover. In fact, if you remember it, you’ve already met the Gillham pack in Derick. It’s going to take a while before it’s out, but in the meantime, enjoy the teaser!

“I want to do it.” He then rolled his hips so that their cocks, both hard and still cloth-covered, slid against each other.

Andy groaned. “I can feel that, sweetheart, but…as much as your body wants it, it doesn’t mean you’re ready.” Andy wanted to be sure. He didn’t want to ruin their relationship by rushing into it if it wasn’t what they both wanted.

Xavier’s face fell a bit and he looked down at Andy’s chest. “You don’t…you don’t want me?”

Andy growled and locked his arms around Xavier, pulling him up and laying him down on the couch before plastering their bodies together and growling a bit. He pushed their groins together, hissing at the hard contact. “I want you more than words can say, Xavier. You’re a gorgeous man, even if you don’t think so, and this,” he said, pushing again with his hips until Xavier gasped and clutched at his shoulders, “this is the proof of that. You’re the one making me so hard with only a glance, with only a thought about how your delectable body looks naked. Don’t ever doubt that.”

Andy waited for Xavier to agree with him. He knew Xavier probably didn’t believe him, that he still thought he was unattractive, and that it would take a long time for him to get over his self-esteem problems and see the truth, but he was going to make him believe it one day. One day Xavier would see himself for the wonderful man he was, and Andy would be there to see that.

Xavier finally nodded, his eyes fixed on Andy’s chin as he tried to avoid his eyes. Andy could see he was nodding just to put Andy to peace, and it would do—for now.

Andy growled a bit, just enough to make Xavier look up at him, and once he had his attention, he leaned down, pressing their lips together in a heated kiss.

The first three books in the Whitedell Pride Series are available on Amazon and on Extasy Books. 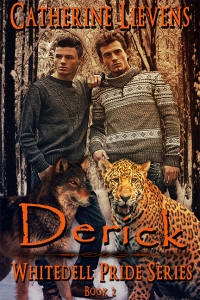 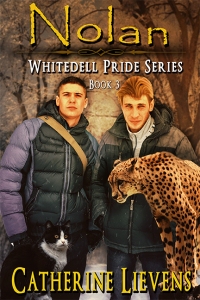 One thought on “#MySexySaturday week #71”