I have TWO books out today! The first one is the second book in the Allegheny Shifters series and it’s Eddie and Joel’s book.

Joel has known he would have to make a choice since he was a teenager—marriage or putting himself in the hands of the council that rules the shifters who live in the Allegheny forest. He’s running out of time, his twenty-fifth birthday is only weeks away, and he has to find someone to marry before then. His choice almost naturally falls on Eddie, the best friend of the man his brother married the year before.

Eddie has had his eye on Joel for months, ever since he first met him. He never expected Joel to choose him as a husband, not when he could have anyone he wants. Eddie hasn’t planned for an arranged marriage to take over his life, but once he realizes Joel has chosen him, he doesn’t hesitate to propose.

Joel and Eddie rush into a marriage neither of them wanted. Will it be enough to keep the council away? Will they be able to make it work and be happy even though love isn’t what brought them together? 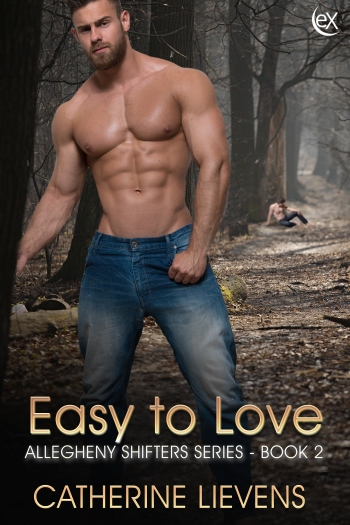 The second book is a short and is part of the Spring Fever anthology (the other authors are Charlie Richards, Deja Black, Liza Kay, Lynn Michaels, and Suede Delray) and is the first book in the Council Assassins series, but you can start the series with book 2 when it will come out May 11.

Where restless wolves and excited shifters of all kinds expect to fall head over heels in love due to Spring Fever.

Spring Fever – where emotions and happiness come alive following the harsh winter to melt our hearts. The Spring Fever anthology features six shifter stories from some of eXtasy Books’ top authors, all-encompassing awakening love and in many cases a little bit of Spring lust!

What happens when your future is taken away from you?

It’s 2012. Roark is a bear shifter and a PI in New York. While on the job, he notices a man—Noel—who could give him more information on the man he’s been hired to follow. He decides to talk to Noel, in part to get the information, but mostly because he finds him sexy as hell.
When he realizes Noel is his mate, Roark takes him home. Noel is gone when he wakes up, though, before he’s had the opportunity to tell him about shifters. Will Roark be able to get him to understand what that means, or will he be stopped before he can?

Hugo is book 4 in the Wyoming Shifters: 12 Years Later series.

Age is just a number, especially when it comes to love.

Hugo never expected his life to go the way it has. He’s only twenty-one, yet here he is, single father to a three-month-old Ennis. His parents aren’t happy he made the decision to keep Ennis, but he’s dealing with everything better than he ever thought he would, and when he meets his mate, he feels everything coming together.

Leo is lucky his son lives in Gillham. With the help of the pack, he managed to beat cancer, and he can now focus on Brian and his mate, Josh, and on rebuilding his life. He knows it won’t be easy, but at fifty-four, he doesn’t expect much. He certainly didn’t expect to have a mate and for him to be thirty-three years his junior.

Leo tries to stay away from Hugo because he thinks he’s too old. No one else seems to think that’s a problem, or no one who matters, anyway. But will Leo be able to get over his hang-ups and give his relationship with Hugo a chance? The family he’s always wanted is right in front of him. Will he take that opportunity, or will he let his age get the better of him?

Extasy books is having a spring sale until the 15th. 30% off for all the backlist books, so if you’re missing one of my books, make sure to grab it now 🙂 http://www.extasybooks.com/catherine-lievens/

I’m also going to start giving away an ebook with every newsletter I send, so if you haven’t subscribed yet, here’s the link! http://eepurl.com/c-uvKn