Lorcan is out today! It’s book 23 in the Council Enforcers Series. You can buy it on the eXtasy website here, while it will be available on other online retailers next week.

Devon needs to win against fear, but can he?

Lorcan knows Devon is his mate. What he doesn’t know is what to do with that. If it had been anyone else, he would have talked to them, but Devon is on the run from his abusive ex, a man who is planning to attack Gillham and the pack, and Lorcan doesn’t want to spook Devon more than he already is.

Devon never wants to see his ex again. He hates the man, even though they’re mates—or are they? That’s what Elroy said, but as time passes and he finds himself drawn to Lorcan, Devon starts to wonder.

Lorcan and Devon know they have a lot of work to do if they want to be together. Devon needs to understand that Lorcan isn’t going to hurt him and that he’s nothing like Elroy, but he’s not sure he can. Then there’s Elroy, who’s still in the background, threatening Devon.

Devon wants a future with Lorcan, but is it too much to hope for? Elroy won’t let go of him easily, and neither will fear. He’ll have to fight both of them to get the life he wants. The only problem is that he’s not sure he’s strong enough. 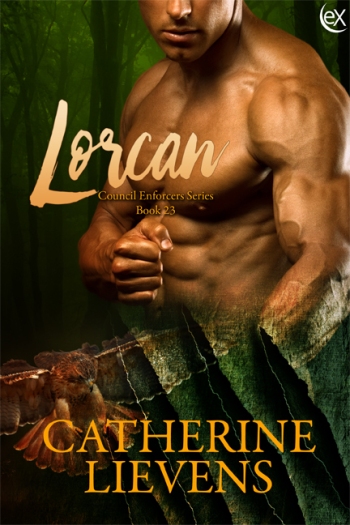