What happens when water and fire meet?

Rhea is a fire wielder—he can create and control fire. In a world where the different element wielders were pushed away from each other because of a war, his father is working on an attempt to reunite them, at least when it comes to having business ties.

Which is the reason Rhea is kidnapped.

Quillan doesn’t like to stick his nose where it doesn’t belong, but he can’t stay back when he sees two guys pushing a third one into the trunk of car. The fact that the tied-up guy ends up being his soulmate makes everything more complicated—and right.

That is, if he and Rhea can manage their differences, since he’s a water wielder. 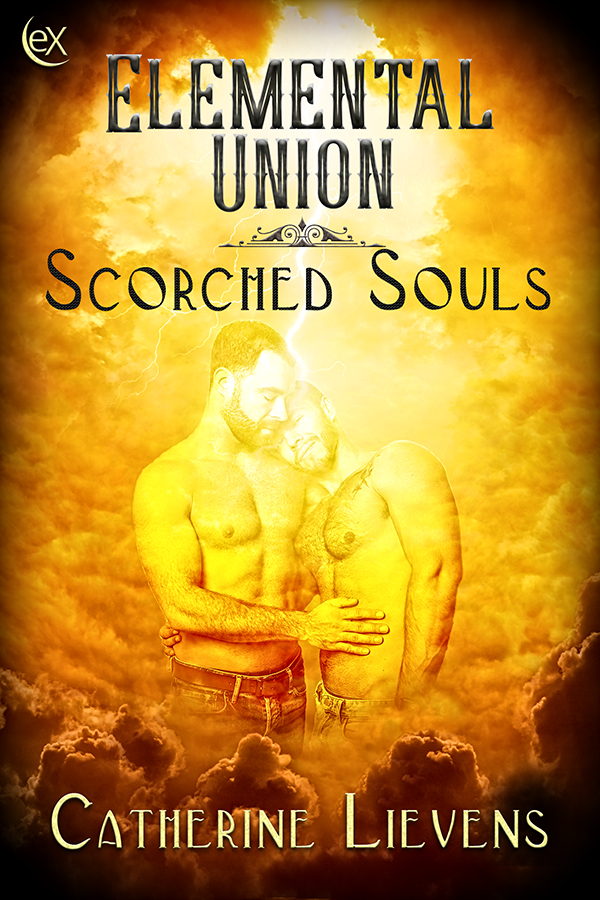 What happens when fire meets earth?

Benedict and everything he’s been working towards are in danger. He hates the thought of having a bodyguard, but his son Rhea doesn’t give him a choice in the matter. Benedict supposes he should be grateful that the man chosen to keep him safe is a friend of both Rhea and Rhea’s soulmate, but things are awkward, especially when Benedict and Dakota have to fake being in a relationship.

Dakota will do everything he has to in order to protect Benedict from Purity, the group that wants element wielders to stay separate. Rhea is the soulmate of one of Dakota’s best friends, which makes all of them family of a kind. Dakota doesn’t mind faking being in love with Benedict, mostly because he suspects it would be too easy for that to become reality.

When they’re attacked and the elements they control twine together rather than fight, they realize they’re mates. That won’t stop Purity, though. If anything, it will make the cult even more dangerous, because that’s exactly what they’re against—different elements mixing together like they did before the war.

While this book can be read as book one in the Elemental Unions series, the short Elemental Union is a prelude to it. It’s the story of how Rhea and Quillan met.

A meeting of earth and water.

Edward is grateful he’s not the family company’s CEO and that he doesn’t have to make the decisions his brother Henry has to make. He supports Henry, of course, but signing contracts with a fire wielder while they’re earth wielders could be dangerous, with Purity threatening them.

Bay is happy working for Dakota, even though he’s kind of jealous of his best friend for finding love. He’s more than happy to help when the Long brothers, who Dakota’s mate is working with now, are threatened. Bay is assigned as a bodyguard to Edward, who’s charming and sweet—and it turns out, also Bay’s mate.

But Purity is still a threat, especially after it attacks. Faking Henry’s death might have been a good idea, but it also could be putting Edward’s life in danger, and Bay isn’t sure he can stand up to Purity, not on his own, not when Purity has someone working for them on the inside. 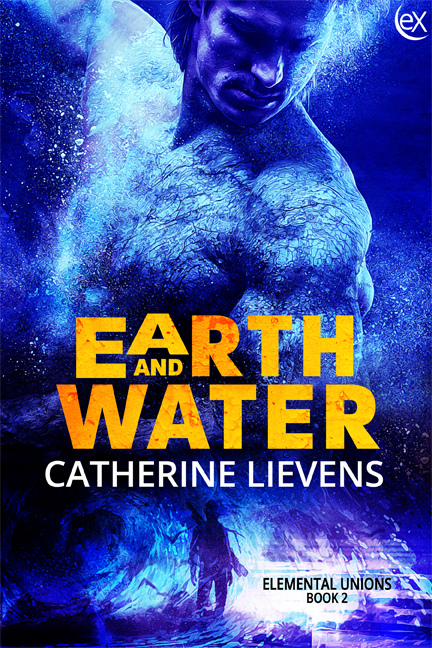 Are the four elements better separated, or together?

Purity is still a problem. Henry wishes he could get rid of the secret group trying to sabotage his business and the relationship between elements, but since they’re a secret, he doesn’t even know where to start. He has other things to focus on, though—his brother is still healing, he just lost his best friend, and he’s in love with his bodyguard. All in all, his life is a mess.

Alcott has been Henry’s bodyguard since Purity decided to target him and Edward. He’s also been in love with him since then, but he knows better than to do anything about it. Henry already has too many things on his hands without adding Alcott’s probably unrequired feelings to it.

But Alcott’s feelings might not be as unrequired as he thought, which is a good thing. Henry’s meddlesome grandfather, on the other hand, isn’t, especially not when he tries to convince Henry’s ex-fiancée to try to get back with Henry.

And of course, there’s Purity, who’s still threatening every element wielder who doesn’t agree with them, and who might be closer than Henry and Alcott suspect.